Dear Lebanese citizen, in case you were still wondering why your country has no hope of emerging from its 33rd world cesspool condition, here is why. In 33rd world cesspits, an inscription forbidding littering, actually invites deliberate littering. The culprit is no doubt feeling smart, rebellious and defying, with his heroic littering act. There is no greater proof of a people’s progressiveness and acute sense of evolution, than deliberately covering trees with your own (unsorted) trash. Such respect of nature is only the sign of highly evolved, supra-progressive breeds like Lebanese people. After all, we cant help it because, it’s our leadership’s fault! It’s never our fault or responsibility if we destroy our own lives and the

environment that sustains us and brings us whatever small beauty is still left in our ugly existence. Dear Lebanese citizen; you are ugly. And because you’re ugly, and you know it, you want to destroy that which is beautiful, and you do it deliberately. Then when you’re cornered, you conveniently blame your leaders. Yes, your leaders are bad. Very bad. But have you forgotten who voted for them?

It’s small, banal evils like this everyday vandalizing of nature, which bring about a people’s doom. A small cheating from here, a wasta abuse from there, a trashbag thrown into a pond, a glass bottle left in the forest… After all, it’s just ONE trashbag. And nobody saw me do it! Multiply this 1 small, meaningless evil by 5 million, by 365 days and you have yourself a catastrophe. People are still throwing their garbage unsorted, despite municipal efforts to sort the garbage for recycling. If you want to commit suicide, please do it alone, because the rest of the country is actually trying to abide by the rules. Whining about the

desperate situation in the country? Just do a quick review over your most recent transgressions. That should shut you up for a while. Still reading this article? You wont find a single congratulatory word here, so you might as well start having your precious feelz hurt. Come on, feel alienated and offended. YOU are to blame. You dont like the patronizing tone? Take a look again at the picture. Now grow up and do something about it.

Yes, Ziad Rahbani has finally decided to release Binnisbi La Boukra Shou, in REMASTERED VIDEO. This is akin to the moonlanding, only better. We have M Media to thank for this most welcome initiative.

in the cadre of rehabilitating the historical coastal path of hamat (Batroun), the APLH is aiming to raise funds in collaboration with the Municipality of Hamat.

one of our fundraising events is the special screening of the classic Ziad Rahbani play ‘Binnisbi La Boukra Shou’, In cinemas starting 21 January 2016. 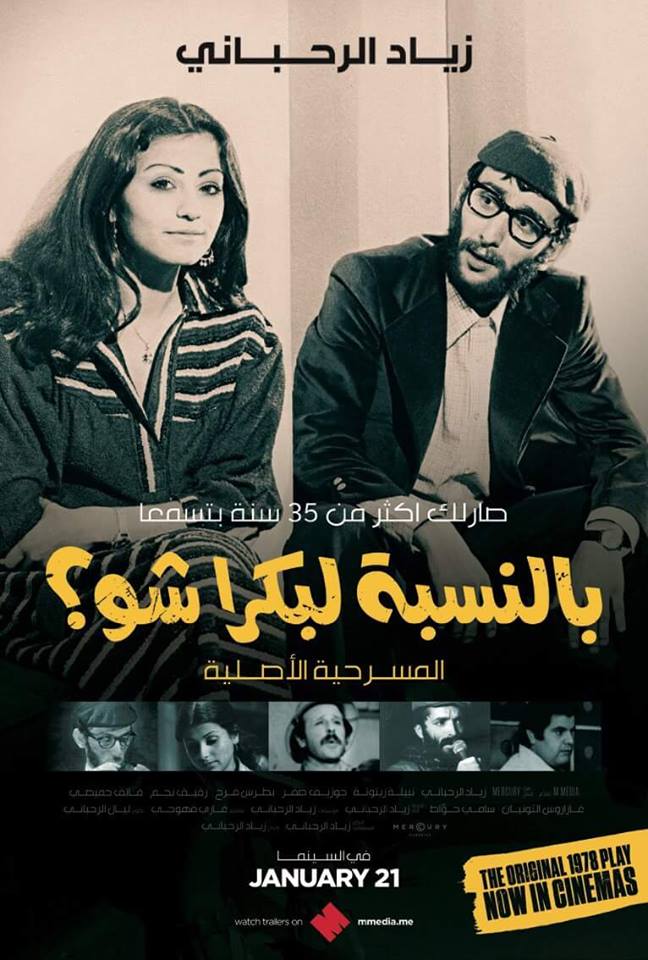 the APLH Avant premiere/special screening will be JANUARY 20, not 21, as the poster says.
Be many in supporting the rehabilitation of this picturesque and little known hidden treasure of North Lebanon’s coast. 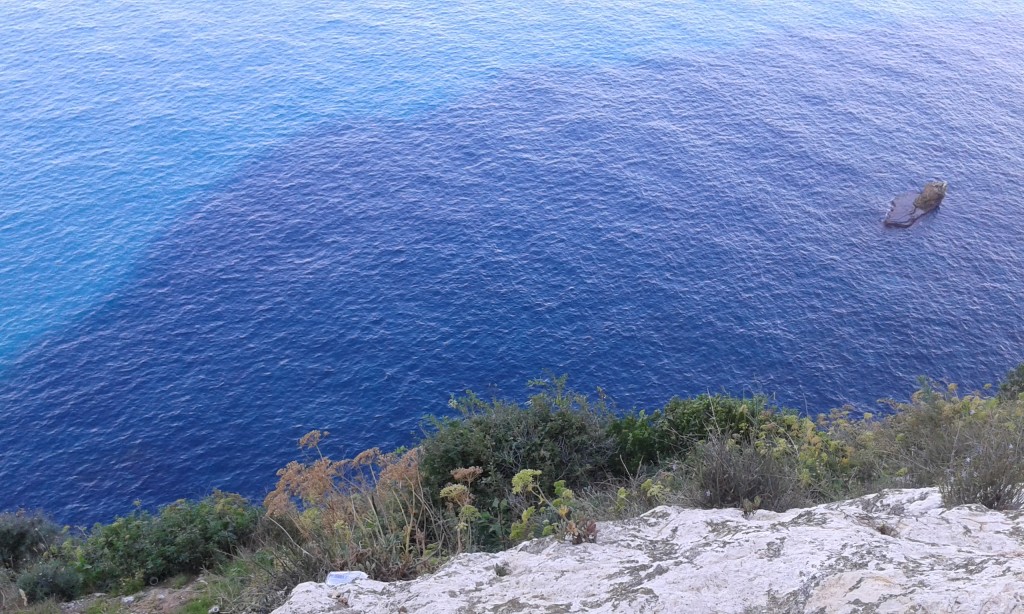 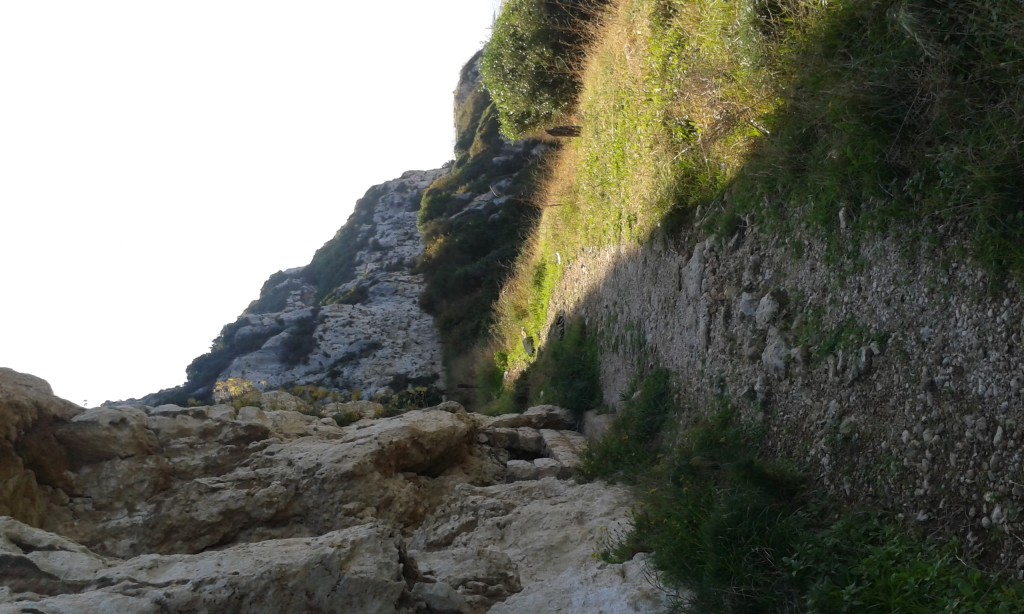 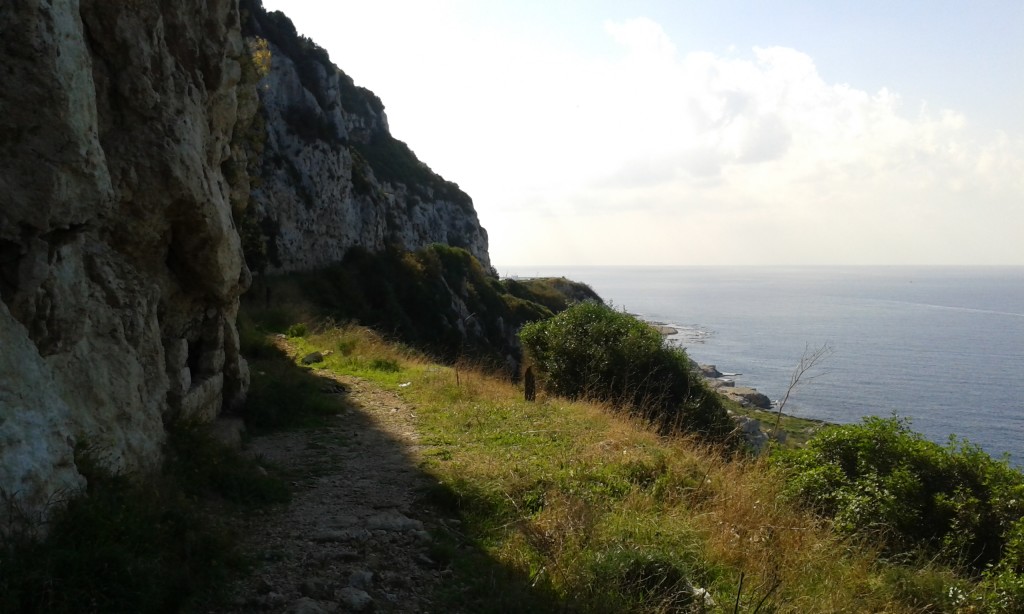 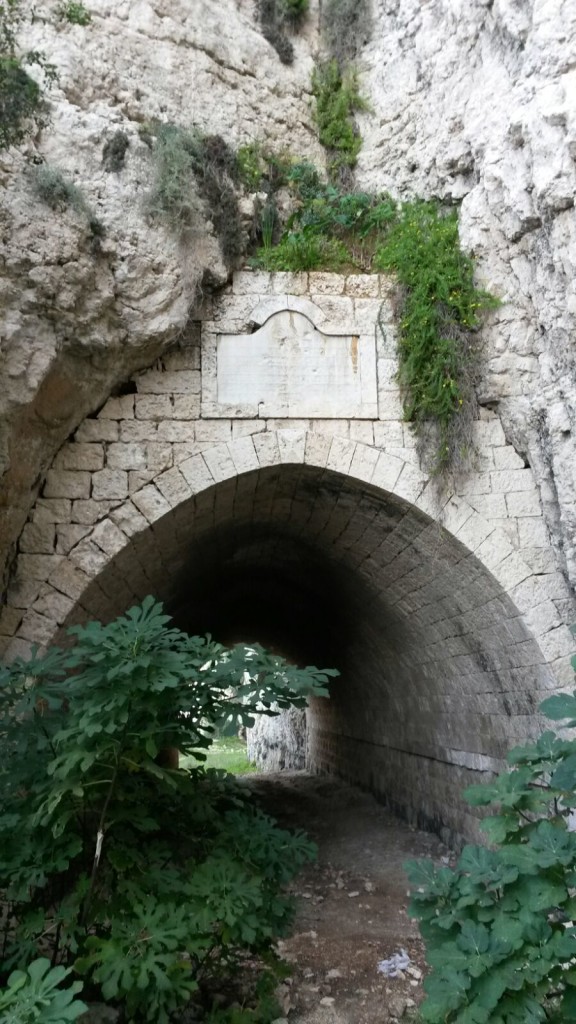 For more info about donating for the coastal path of Hamat rehabilitation project, or to help, contact APLH: 03797785 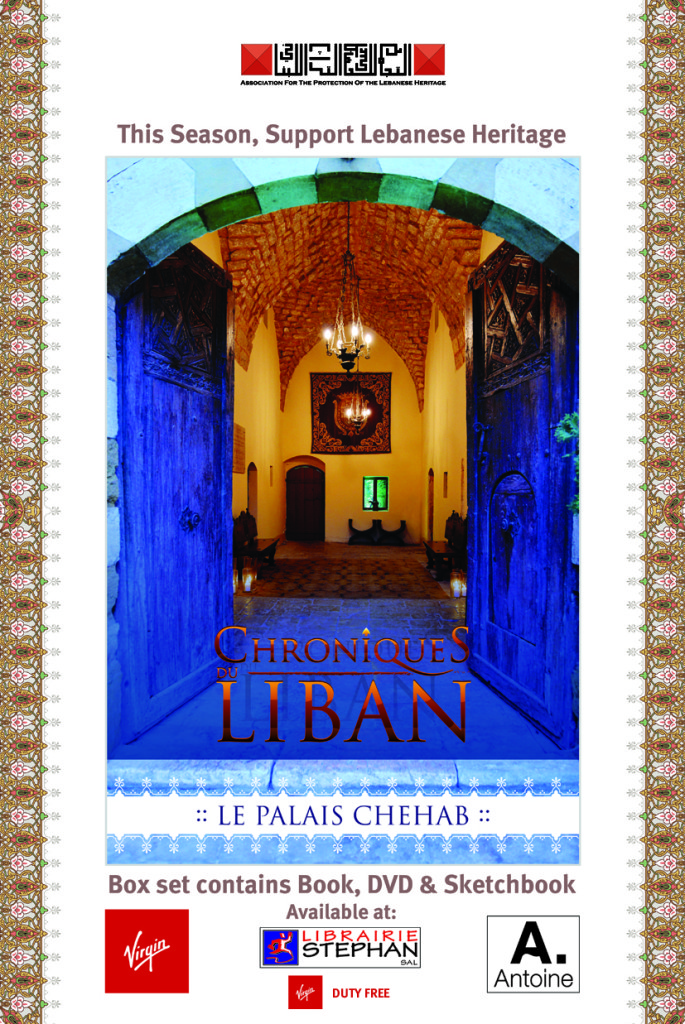 Thanks to the joint work with the Chehab family, and the huge support of HE the Spanish embassador Mrs Milagros H Echevarria, The APLH produced its first MediaBook of the series Chroniques Du Liban, about the Palais Chehab, now home of the Spanish Embassy in Lebanon. The book, entitled :: Le Palais Chehab ::, was launched on October 2, 2015, during a private soirée attended by high profile personalities including Ex interior minister Mr Ziad BAroud, the Chief of the municipality of Hadat Mr George Aoun (whose municipality generously supported the APLH in the production efforts of the book), Madame Anne-Marie Ofeiche (representing the ministry of Culture), representatives of the Chehab family, the Cochrane family, Mr Pierre Issa (arcenciel) and a select number of invitees. The event was covered by LBCI for their culture news section. 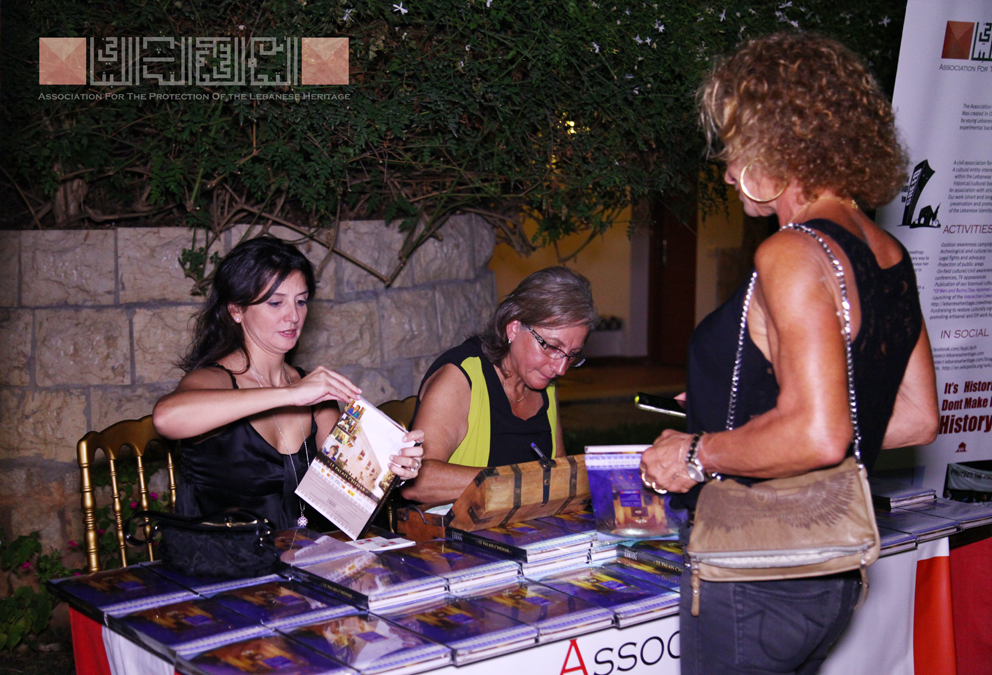 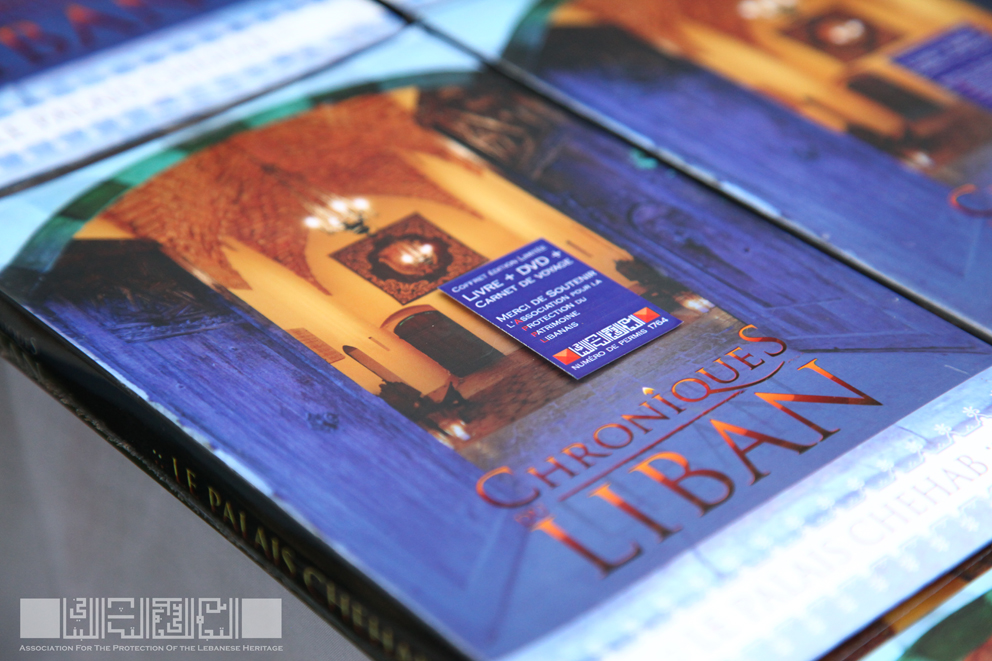 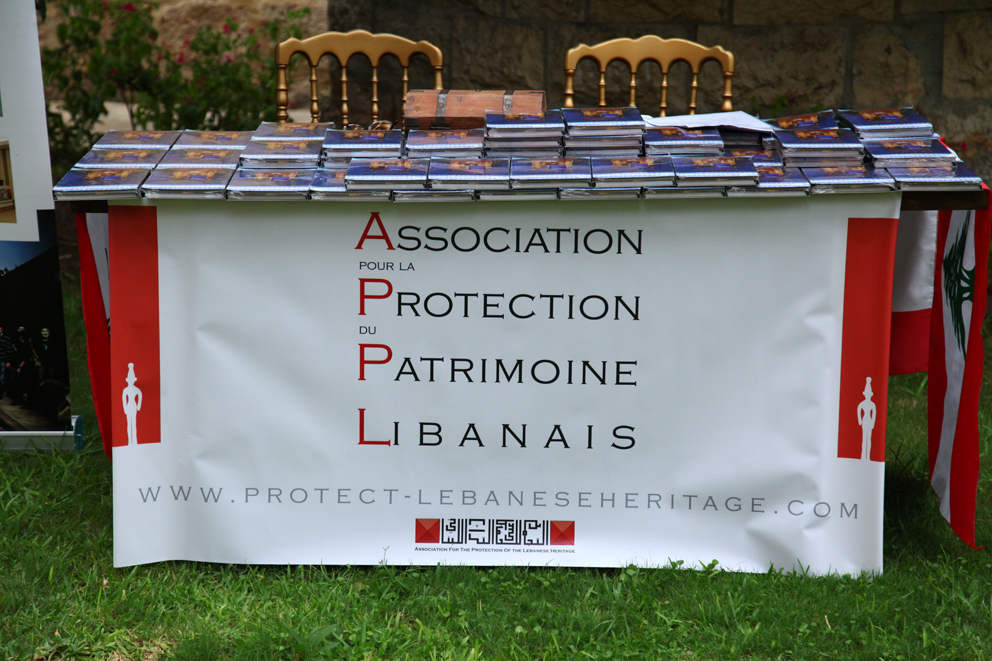 The APLH intended to release their first book as a MediaBook box-set format due to its unconventional nature and the scope of reach of this format: The Box set includes the book, as well as a DVD about the Palais Chehab’s history, the APLH history and a short documentary about the endangered heritage of Beirut. Also, as an homage to the Chehabs for taking the painstaking but rewarding task of documenting their history, A captain’s log is also included in the box set package, made of high quality acid-free 135gr sketchbook grade paper. As such, the Mediabook combines traditional media (book and sketchbook) with modern technology (DVD, QR code and online links) and adheres to the APLH philosophy of linking our past with our present to realize our future.

The log and the book both contain all links and contacts to the APLH and most notably, the APLH crowdmap. The box set is available in a 500 copies limited edition print.

We thank the following good people for helping us make this project:

Stay tuned for more news and projects from Chroniques Du Liban and  APLH. 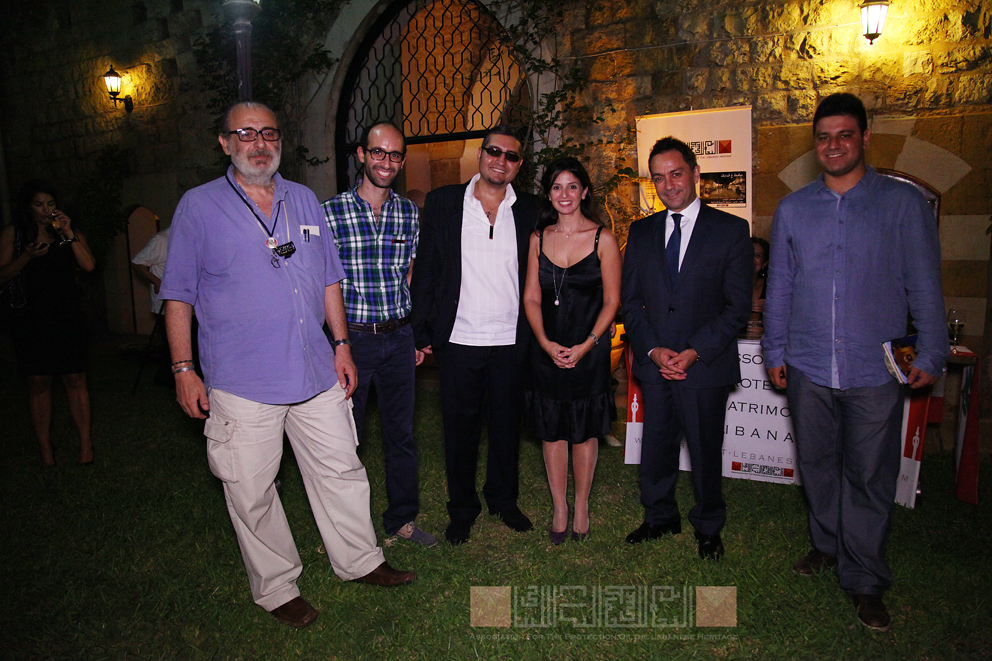 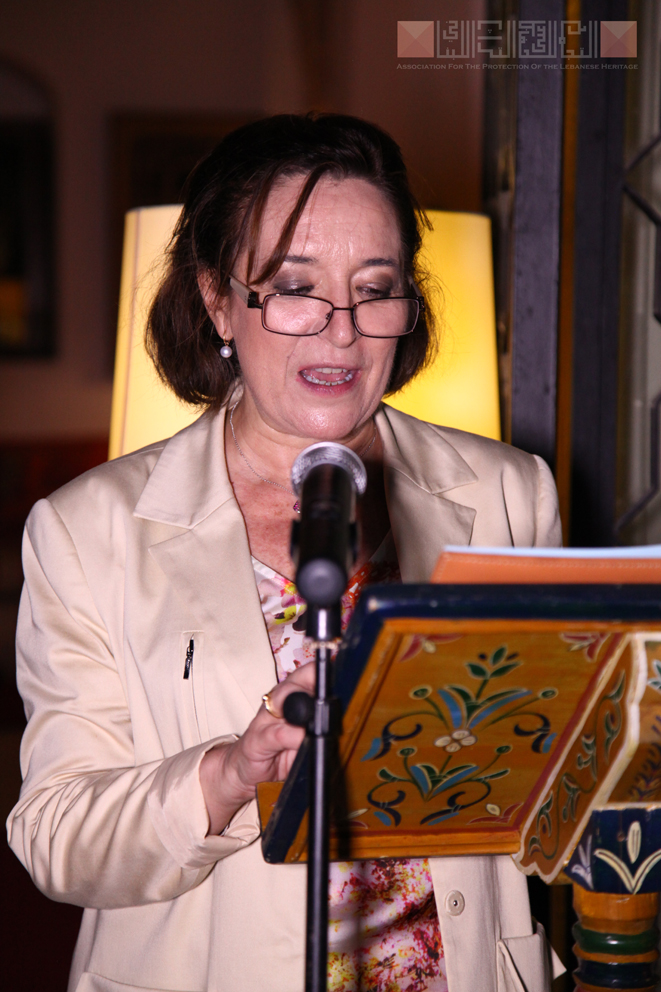 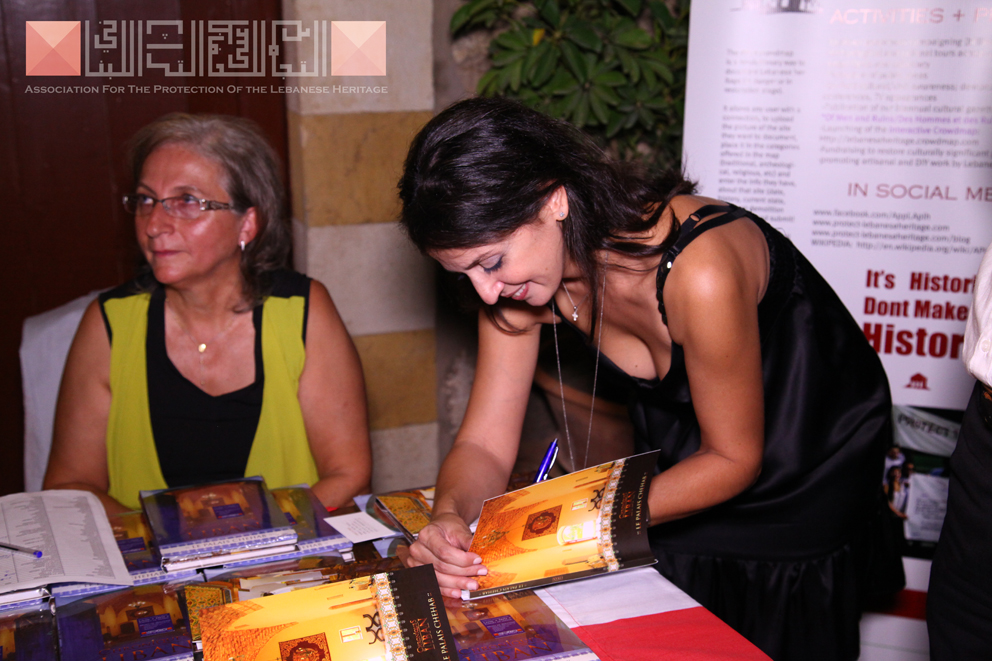 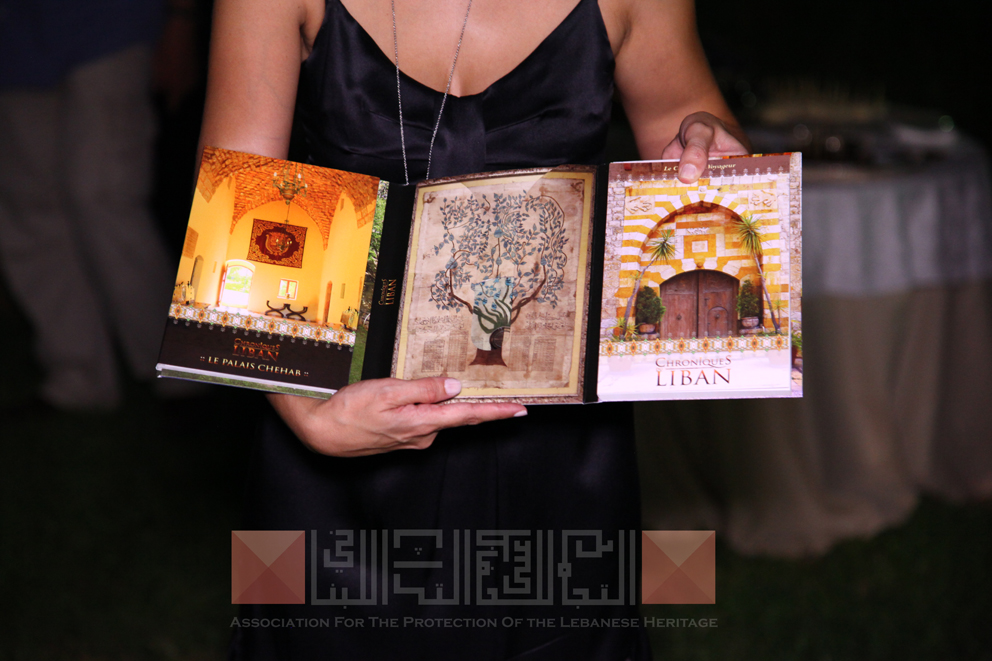 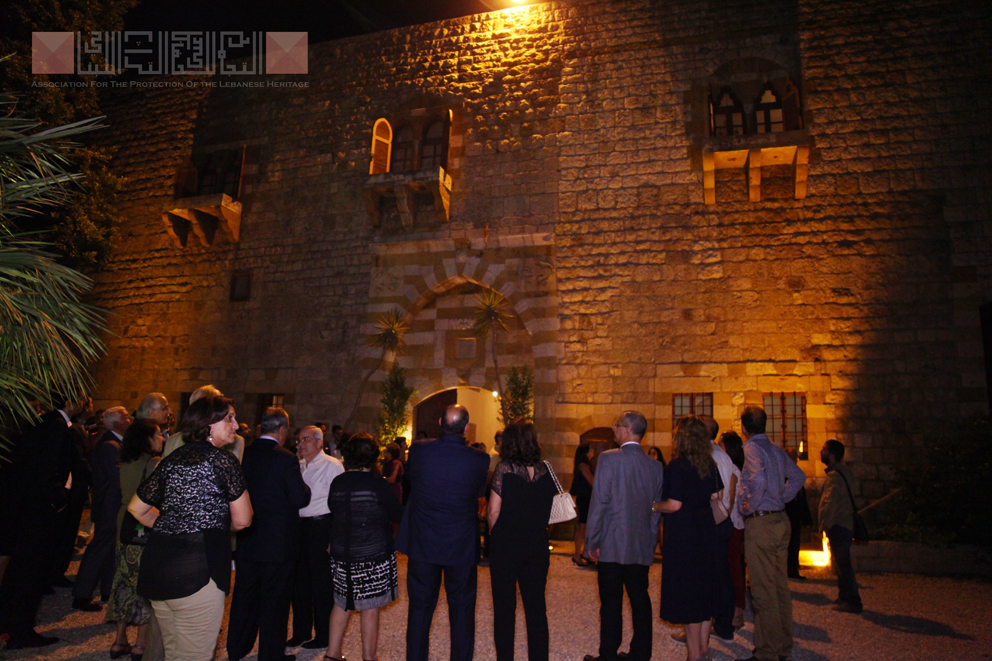 the Association for the Protection of the Lebanese Heritage[APLH], in collaboration with Volver travel agency,organized a cultural tour on the 16th of june 2015, in theSursock and Abrine neighborhoods.

The participants, many of them high school youngsters, had the privilege of discovering the Villa Audi and its mosaics.
Next, at the Rue Sursock, the group intently listened to the architect/restorer and guide of the APLH, who outlined the urban context of the neighborhood. They found out how the zone was gentrified and how the charles Malek avenue divided in the 70s, an initially unified urban fabric.
The group then took the St Nicholas Gardens perpendicular, to see a series of traditional buildings dating back to the20’s and 40’s, with their vernacular design explained in detail by the APLH guide.
Finally, the crucial part of the visit,was in the Abrine neighborhood, where the Abrine school is still located. The group discovered a cluster of 4 traditional buildings, promised to imminent demolition.
Another real estate project is seeking the demolition of this cluster of building sas well as a part of the Abrine school in an attempt to join a 5th parcel to the upcoming project’s 4 existing parcels. Another peaceful neighborhood is about tobe devoured by the development leviathanthat is still not done mauling Ashrafieh and Beirut’s charming traditional areas.
This building cluster, with its gardens,constitutes the last haven of peace and tranquility in Ashrafieh, and is now an exceptional rarity thanks to the still perfect condition of its buildings.
The visiting group in its various ages,was awed at the beautiful structure of the buildings, their architectural details and their many aesthetic yet vernacular features,most of them still intact… Their awe was only matched by their outrage at the neglect displayed by the authorities supposed to protect such gems of Lebanese history and culture. The APLH’s multiple calls (for more than a year) to the ministry of Culture to classify and protect this cluster, still go unheard.

The visit was filmed and a copy of the footage will be sent soon to the minister of Culture, in the hope for a positive turn of events, similar to that of the contemporary and modern Lebanese Art dossier.
The APLH has a plan regarding the recuperation and rehabilitation of the 4 buildings in question, and hopes for the Ministry’s active cooperation.

The APLH, in collaboration with other civil society and youth organizations managed to get Beirut inducted into the ‘New 7 Wonders’ List, as well as flagging the entire city to the World Monuments Watch organization, as an Endangered

Archeological Site. Let us clarify one thing here: Beirut is no ‘new’ wonder. It’s a wondrous city with more than 5000 years of history. And it’s in danger. no more than

7 archeological sites in Beirut, survive out of 300. Hardly 200 traditional Lebanese houses survive out of more than 1600, in the APSAD’s post-war census. Clearly, Beirut is disfigured, in chaos and is far from being a ‘world wonder’. THAT is why

the APLH worked on inducting Beirut into the N7W and wrote to the World Monument Watch organization. Beirut (and Lebanon)’s heritage ‘protectors’ in the Lebanese Government, are powerless, complacent or complicit in Lebanon’s ongoing bulldozing

of its heritage and archeology. The Lebanese diaspora CAN do something about it. And here’s how: The APLH has set a crowdfunding and donation platform on its site, precisely for any Lebanese community, expats or locals, to fund, acquire and restore any endangered vestige of Lebanese Heritage, be it man-made or natural, to buy it through

this community’s donations and restore it into a protected Lebanese heritage that is publicly owned.

1-the community in question can be a village, town, or city, represented by a council of representatives, usually appointed by the municipality of said community

2-the council of representatives contacts the APLH and meets with the organization to present and talk about their restoration/rehabilitation/heritage protection project,

its costs, and its use to the community who wants to protect it.

3-the APLH announces the project online on its site, page and blog so that anyone from that community (or interested outsider) is aware of it, and is able to pitch their contribution to finance the project via the APLH crowdfunding platform.

4-the APLH will keep updating its donors about the crowdfunding progress, and the total amount needed to complete the project

5-every donor, will receive an official receipt from APLH, by email, or fax, or traditional mail if they so request.

6-The APLH will update its site, blog and page concerning the steps being covered

7-the APLH will include any of such projects into its annual report, as a reference to donors, members and the Lebanese state.

8-the APLH crowdmap is yet another tool we put in the hand of the responsible citizen, to alert, archive and pinpoint all heritage, all over Lebanon.

The mechanisms are in place, and the APLH is now empowering the Lebanese public (Diaspora and local) to be able to protect Lebanese heritage in their vicinity, by teaming up as responsible communities from every corner of Lebanon. This is how we aim to rebuild a beautiful Lebanon for us and our children. 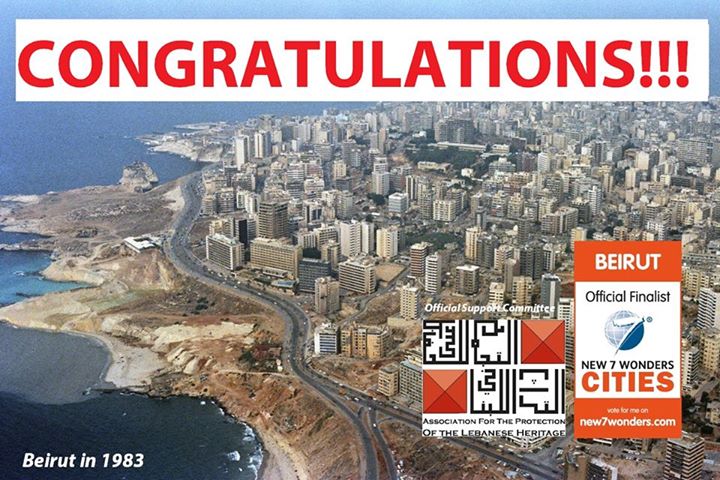 the APLH announces its participation at the Souk al Tayeb Beirut Souks,

Join us and discover what the APLH has in its kiosk!

Thank you for helping Lebanese ideas and Lebanese trade. 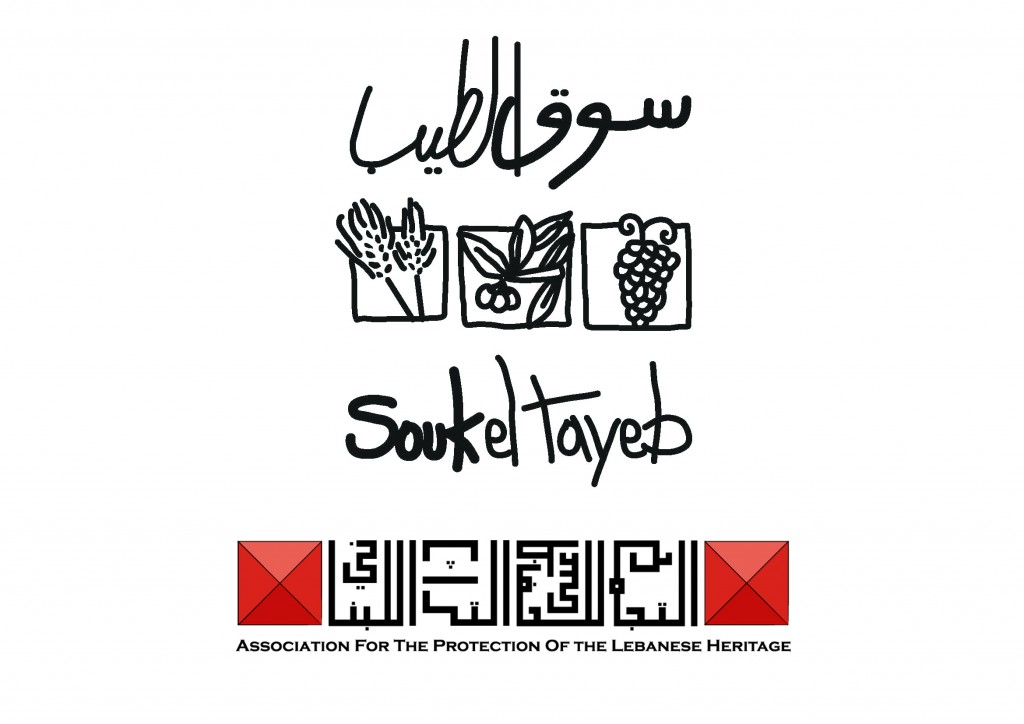 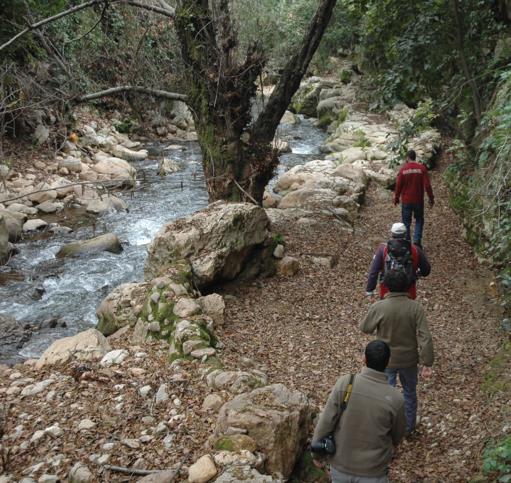 The APLH is pleased to take you on an exciting tour along the Barouk River.

Our guide will take us to old mills, across old bridges, and see traditional Lebanese houses as well as Roman vestiges and archaeology.

Lunch will be at the Club House Restaurant, Moukhtara, on our way back from the trail. Bring with you a small satchel of snacks, water, sunscreen, wet wipes, etc, for your use along the way.